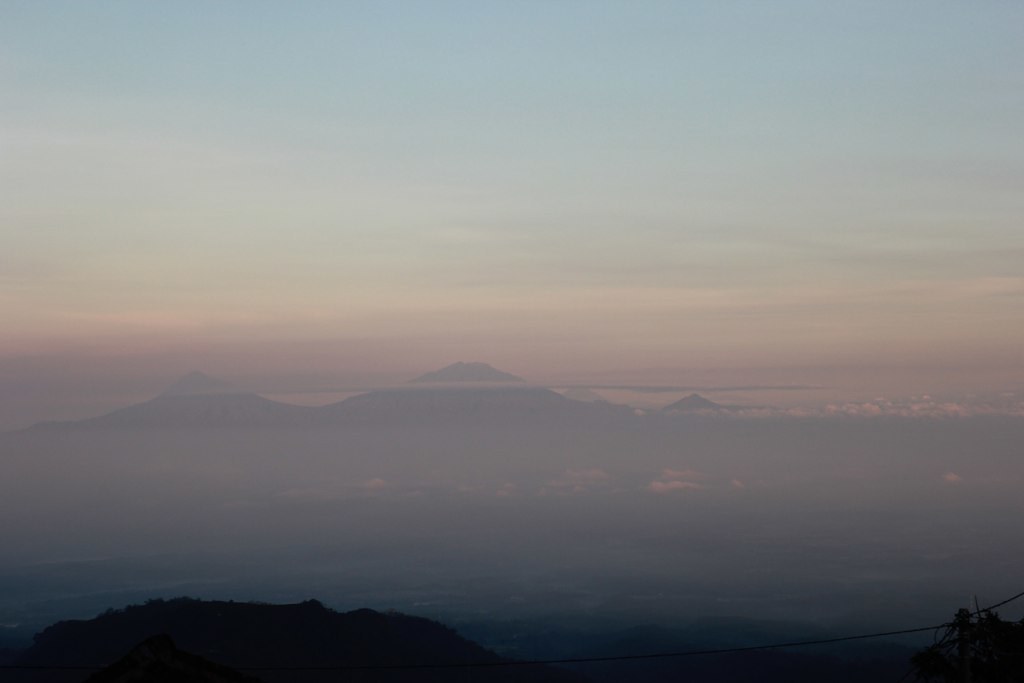 I’ve been missing Java a little bit since moving to Bali for a while, and I remembered this trip that I impulsively did before I went to Kathmandu again last year. I went with the boys, my ‘brothers’ and my son, Bhumy, to Candi Cetho and Candi Sukuh in Karanganyar, Central Java.

These two magnificent old temple have a special meaning to me since the very beginning of my first visit way back in 2005. Its located near Solo where my father lineage come from, its been an inspiration for my favourite theatre, Teater Garasi, in Jogjakarta for their masterpiece work of Watubatu. It has also been always a personal pilgrimage for my Javanese ancestors.

Their unique architecture style are one of my favourite in Java. It is somewhere reminding people with the style in Latin America. I am so glad that I could take Bhumy in this trip and also visiting a newly found temple behind Candi Cetho, Candi Kethek (The Monkey Temple). 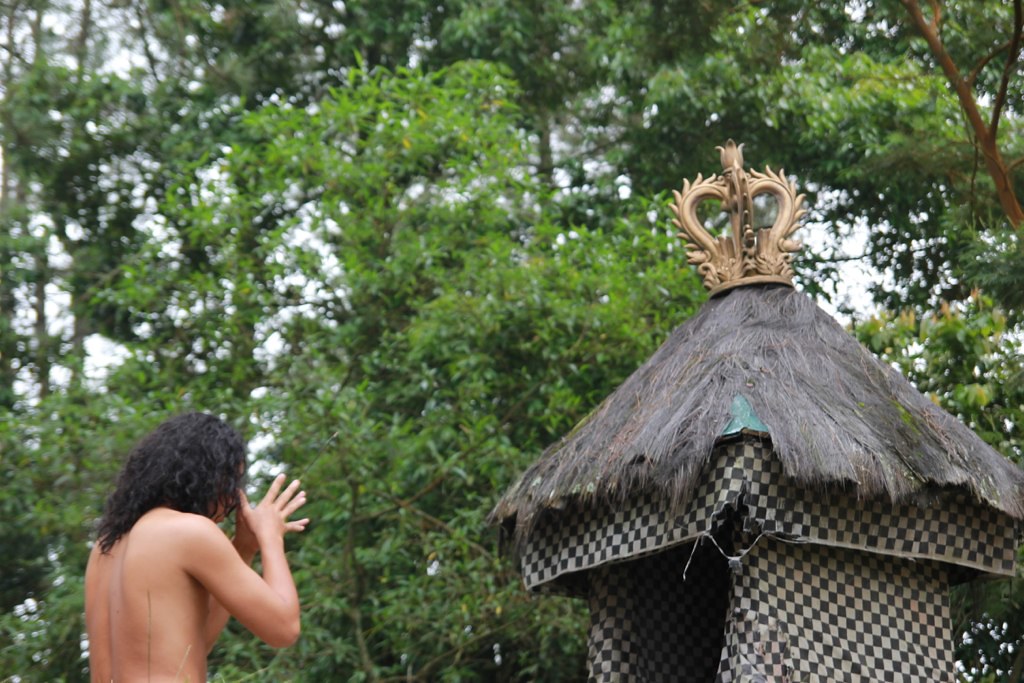 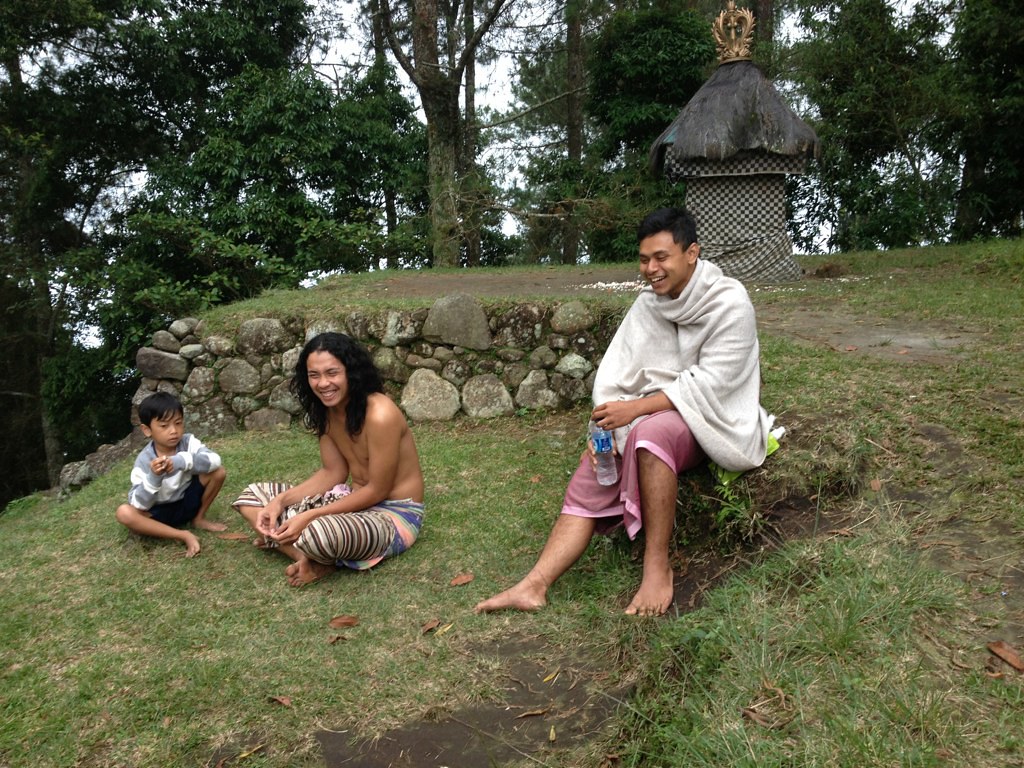 The boys on top of Kethek Temple 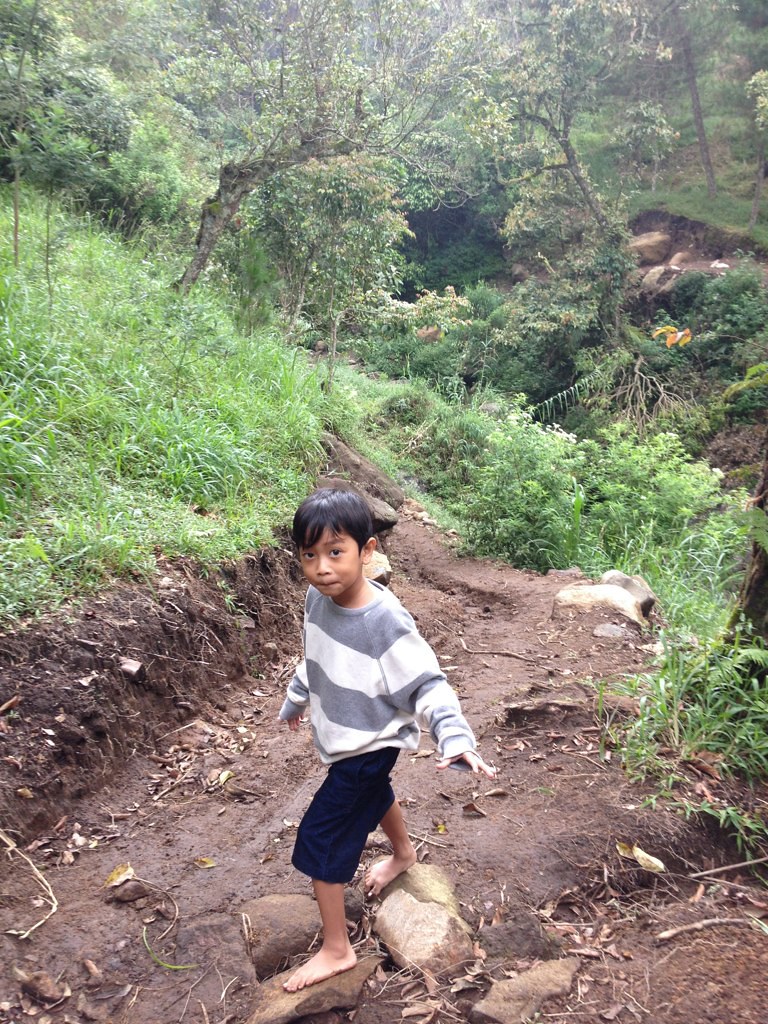 Bhumy in the path to Kethek Temple, Karanganyar, Central Java

Its nice to see my son back on his barefoot and exploring the wilderness with his uncles. We rent a car for two days and head off to the temple. The small hotels are still nice like I remember. The feeling of the place stayed sacred after seven years even.

I took the bath in the Saraswati statue, where they have one of the best water spring in the area. It brings the memories of a personal silent time I had with the place years ago and somehow I awash all those memories that I need to let go. I felt home and quiet at peace. 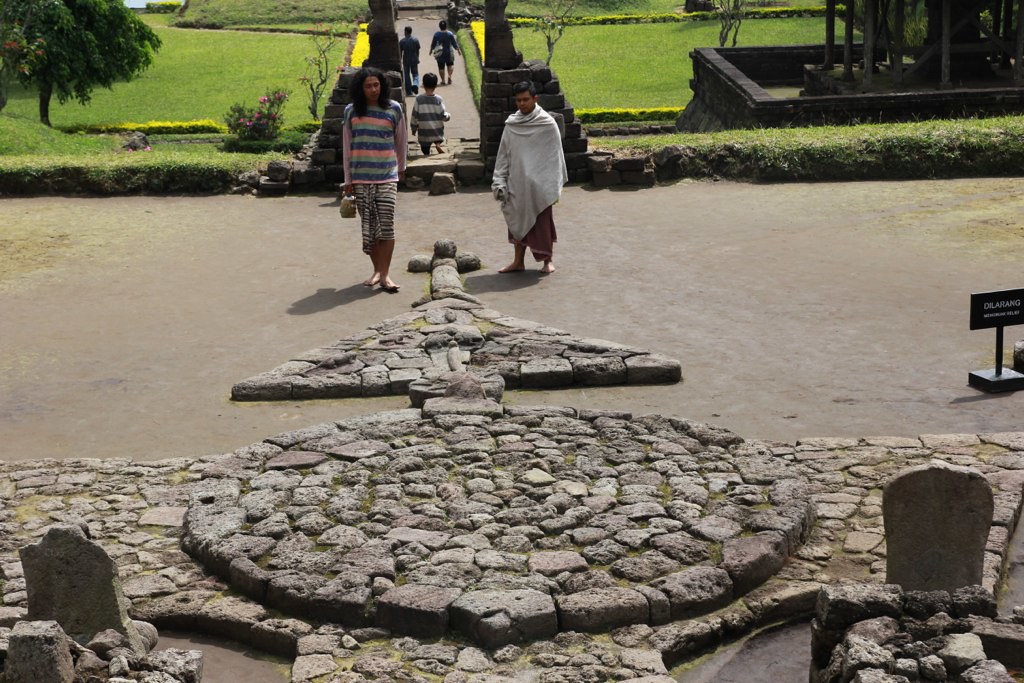 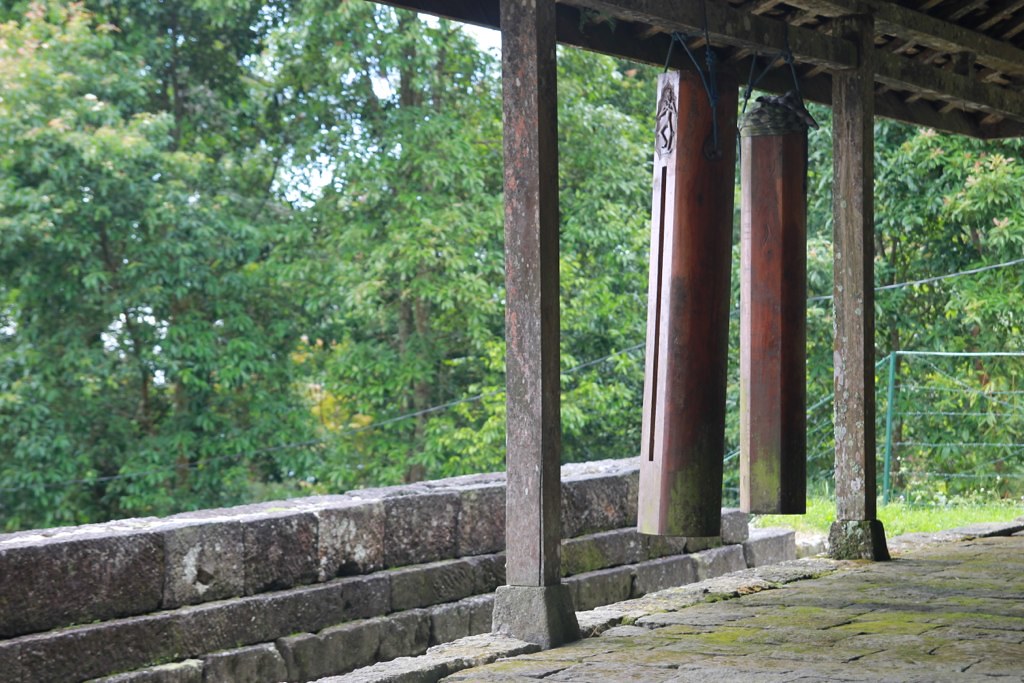 While entering Sukuh temple, one of the local old guide explained to us a lot and even showing Bhumy a lot of things while we were there. The architecture of both temples are still a mystery for modern archeology. The way they made the statues and the way it constructed like a certain pyramid has somehow become a missing link in the typical Hindu-Buddhist period of Java. I had a long talk before with one of my professor and we agree that the theory of its age is more likely that its dated on the site latest renovation that happened in 17th century. This place feels ancient to me. Much much more ancient. 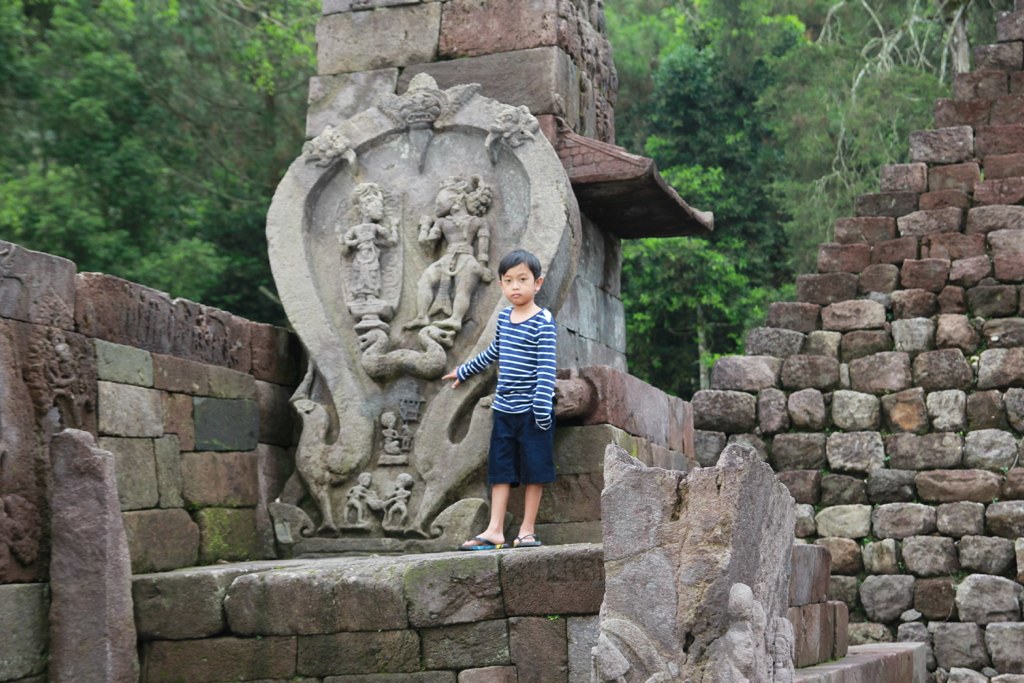 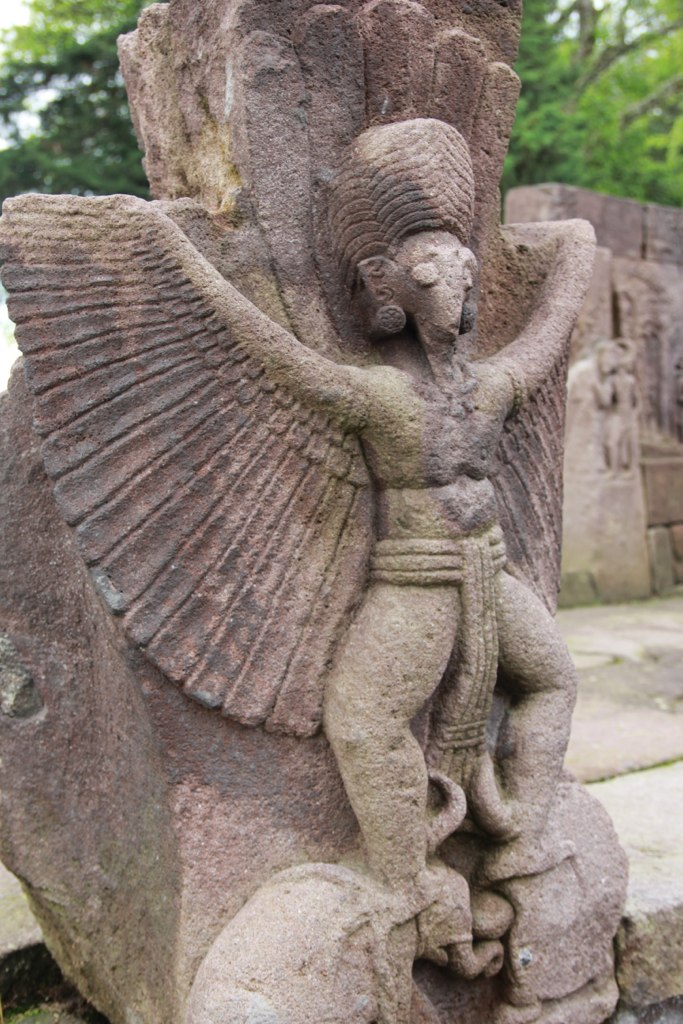 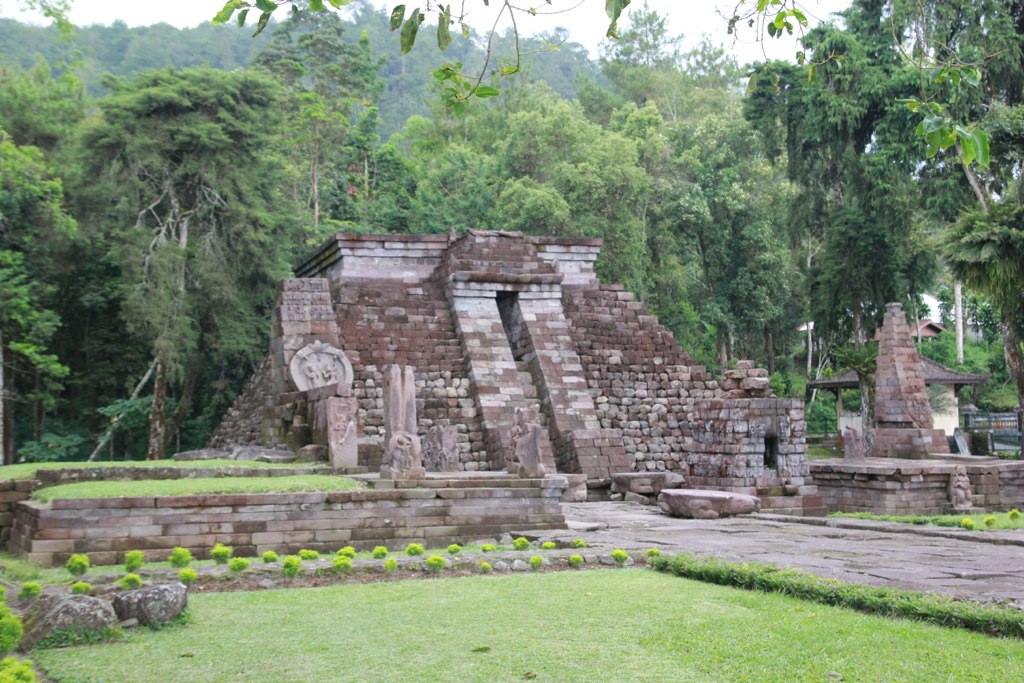 The Hindu in Indonesia do regular ceremony and pilgrimage to both places. Also the Javanese that also still practicing Kejawen rituals. Both of these sites are still active, so please show your respect while you are exploring these areas especially when people are praying and practice certain rituals. Its as sacred as any places of worship.