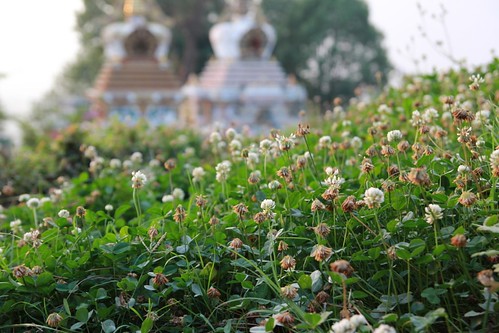 How do you define a calling? You never did.

Studying at a Catholic school for eleven bloody years. Growing up in a country where the Moslem population is the biggest in the world. Ending up in the high peaks of sacred ancient temples of the Hindu or Buddhist from another civilization. Finding yourself in some shamanistic journey of different tribes in forgotten interiors. You would start question what do you seek in this world?

You feel you are not all that religious being brought up in one of most mixed up family in one of the most mixed up environment, a so called Indonesian, but always puzzled with your own background when they asked you where do you really come from? Those background already at least take 15 to 30 minutes explanation, let alone when they ask you what you believe in?

For me all of this issues are personal. In this age of confusion, religious or not, spiritualist or not, atheist or theistic or agnostic, whatever, I most feel that our sickness is the sickness of the heart. Often we don’t know what to do with our own heart. To build our walls around it or to keep it open to the world.

I personally don’t know how I ended up hanging out with the Tibetan Buddhist monks. Back in Indonesia or in Tibet or in Kathmandu. Stumbling and finding myself in the many Tibetan quarters. In New Delhi, Dharamsala, inside China, in Tibet and now in Nepal. Some people say I look like one. I don’t know. I stop defining how I look ages ago. As long as a person is not making a racist comment, I go along just fine. It is maybe the nomadic nature of the Tibetan that somehow have some personal connection to my soul. In short maybe I was Tibetan in my previous life.

Though, in May 2014, thinking that I would spend the Vesak day somewhere in Borobudur temple in Central Java or in one of the biggest Buddhist temple in Trowulan, where the old Hindu kingdom was, I ended up flying to Nepal and apply to a 10 days of meditation retreat in the Kopan Monastery. On Vesak day, where they celebrated the Buddha’s birthday, I saw the Boudanath stupa from the high hill of Kopan Monastery, seeing the lights and festive from quiet a far. I remember that night was silent and I seek for the stars and one of the biggest super moon of this year shine from above. The same fullmoon where 2600 years(?) ago that Siddharta Gautama become Buddha under a bodhi tree. 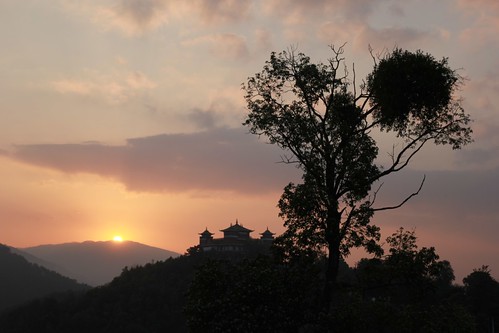 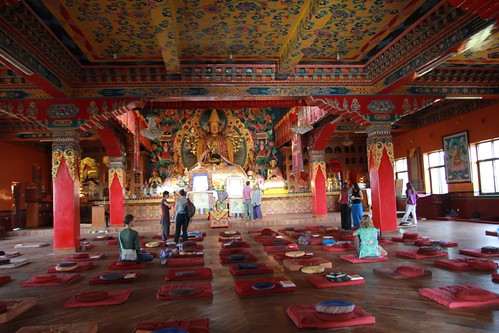 I was sitting in the Kopan Monastery hall with around 80 other people from all over the world. Each with their own purpose, questions and process as a seeker in life. Some are so young in age, some are in the mid-life, some are easy going, some are serious. The background was so diverse, it is so interesting how this groups actually made off. We spend days hearing Introduction to Tibetan Buddhism, spending half days in silence and full silence on the last two days, doing meditation and walking meditation, doing discussion on the some major questions in life and share each other experiences, and in some other times just having good time sharing food or travel stories. One Morrocon friend spend his days with his roomies, one a Jew, one an Indian Hindu, one a Christian and they all somehow met in the Tibetan Buddhist monastery. I end up hugging a stranger in one afternoon and she turn to be the only other Indonesian of the whole group. She was crying in that point and ended up laughing out loud with this universal joke. The whole experience has enrich part of my heart and I can feel the beat has somehow calm down than its usually are. 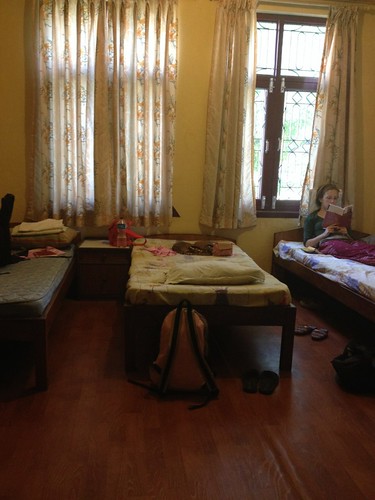 Spending 10 days here :) Sharing the space with 3 other girls 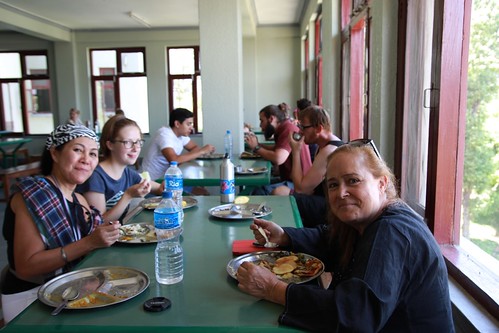 Sharing lunch with the girls 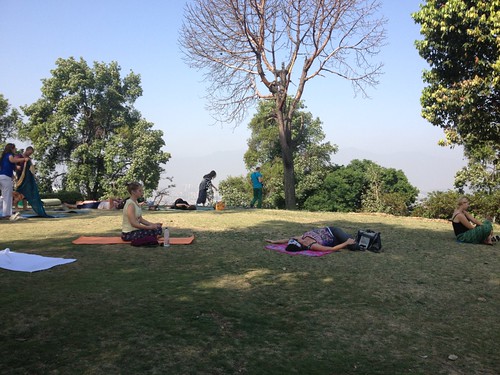 Voluntary yoga sessions on the hill

There are some of major questions in my life that had been answer without me asking my own questions. I found myself doing yoga in the morning because we agreed to have some short class in one the hill of the monastery. I was so thankful with the shared experience. I found a lot of talk session with myself. Looking at the moon at the top of the building late at night and be grateful with all the things in life that had brought me there. It is somehow like counting my blessing and being thankful for all the people who had somehow guided me here. 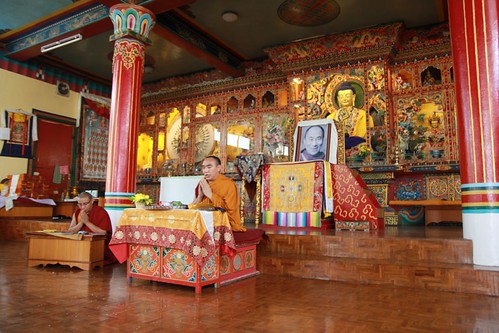 My major lesson in Kopan was about wisdom and compassion, how it has to go together in order to work. How it is supporting each other. My Morrocon friend, who later become my somehow sangha brother, at the end of our journey decided to get the same tatto reminder in one of the studio in Freak Street. Three weeks ago he managed to message me and said that our two names means the same, Reda and Reza, which means “he/she who prays”. I end up laughing hard in the many coincidences in life that is actually making patterns in my daily life. 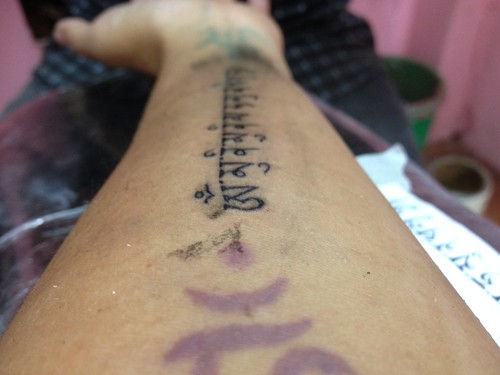 Wisdom reminder on the making 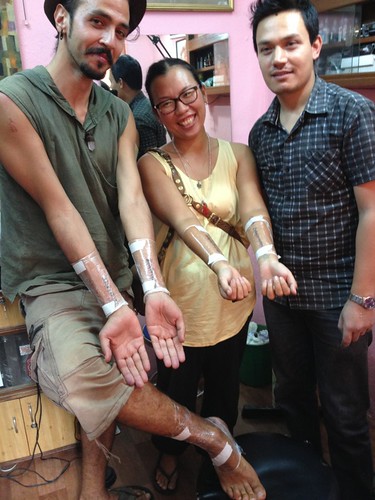 Reda, me and our Nepali tatto artist, Sanjay

Post Kopan session, it was not only a calling anymore, it was a real test in going back to the real wild world outside the monastery gate. Finding peace in the middle of a chaotic world and meditate your mind in the ongoing fast pace changing world is a challenge. I realized that this path is the way of going to the deepest mystery of the human heart. May peace be upon us all.